White and gray literature, as well as anecdotal evidence, was collected to examine seed protocols for Gaillardia pulchella, Phlox drummondii, and Vernonia gigantea. 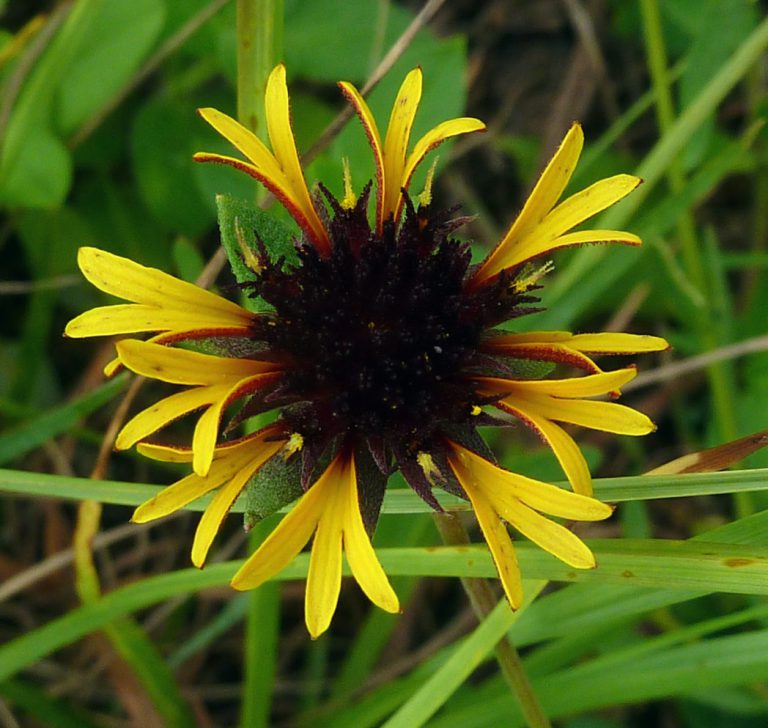 Lanceleaf blanketflower (Gaillardia aestivalis) is a short-lived perennial wildflower with compound, solitary blooms. It typically blooms in summer through early fall and attracts a variety of pollinators. 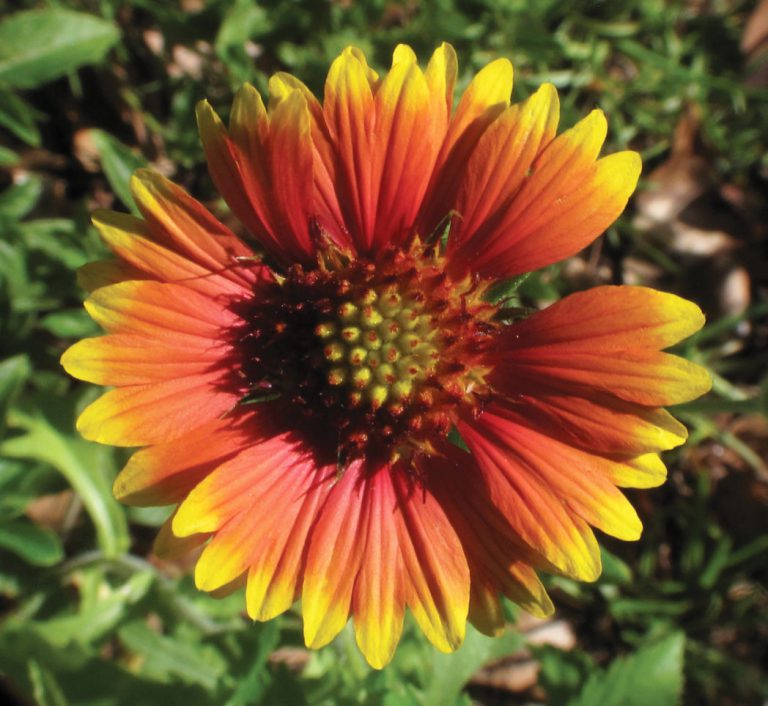 Blanketflower (Gaillardia pulchella) is an herbaceous wildflower whose brightly colored flowers attract a variety of pollinators. The plant typically blooms from spring into fall, but may bloom year-round.

Recent research found that Gaillardia pulchella is not a native Florida species, but rather an introduced species. The news sparked many different reactions across the state. Experts weigh in on what this means for Florida gardeners.

The main goal of this study was to determine the effects of competition and mowing on native wildflower establishment on road-side right-of-ways (ROWs) dominated by bahiagrass (Paspalum notatum). The species were Flordia ecotypes of Coreopsis lanceolata, C. leavenworthii, Gaillardia puchella, and Ipomopsis rubra. Bahiagrass competition was the main factor limiting establishment of wildflowers under simulated… 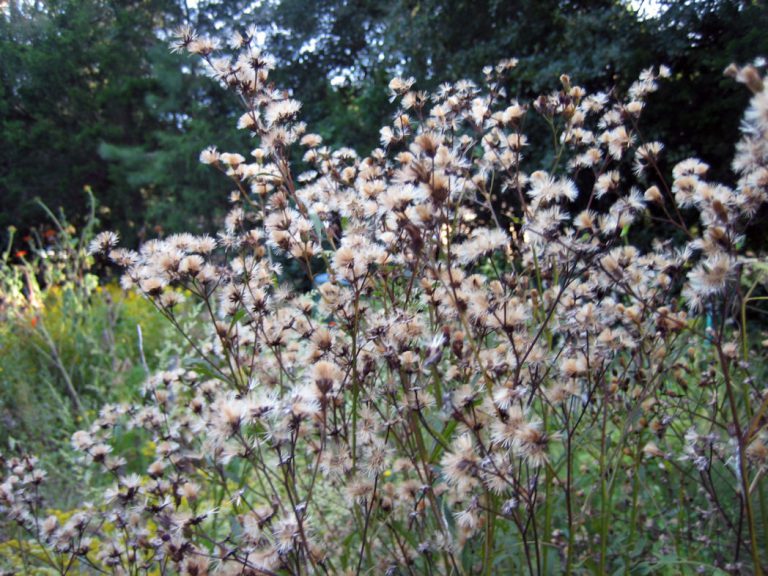 ‘Tis the season for seed collecting. As you return to the garden after the last two months of unbearable heat, biting bugs and sweat, you’ll probably encounter a lot of overgrown stems. Cut those back to their base to freshen up the plant for winter. Trailing species, such as beach sunflower and Gaillardia, can also be whacked into submission and will probably bloom again by late November. 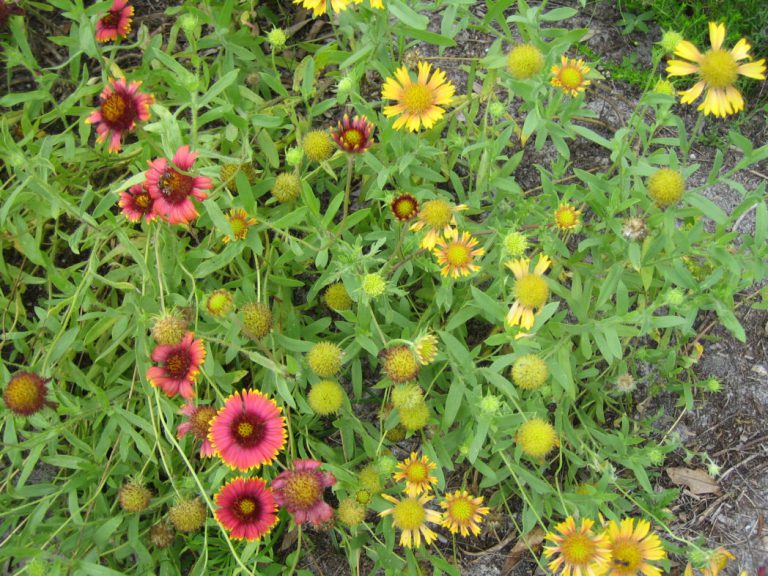 Don’t let the title scare you off! I’ve been wondering why plants of the same species sometimes occur in different colors, so I did a little research. As you can see from my photos, some common flowers that have appeared in my garden are red and yellow forms of milkweed (Asclepias tuberosa) and blanketflower (Gaillardia puchella). I also have red, pink and white tropical sage (Salvia coccinea), which I’m sure many of you have also grown. Do you ever have white flower forms of your typically blue spiderwort (Tradescantia ohiensis) or Stokes’ aster (Stokesia laevis)? Wonder what’s going on? 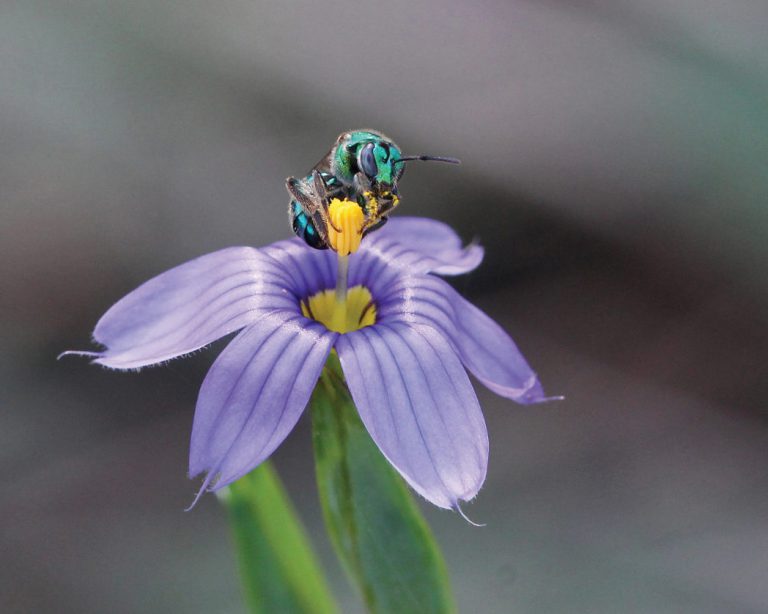 Earlier-than-normal blooming of spring wildflowers seems to be occurring more often, but this year stands out because some wildflowers are blooming nearly a month earlier than expected. The influence of this “abnormal” weather will probably be greatest in North Florida. If the National Oceanic and Atmospheric Administration’s (NOAA) climate predictions hold true, March will likely be wetter and warmer than normal, which would speed up the time when mid- or late-spring wildflowers bloom, such as Black-eyed Susan (Rudbeckia hirta) and Blanketflower (Gaillardia pulchella). 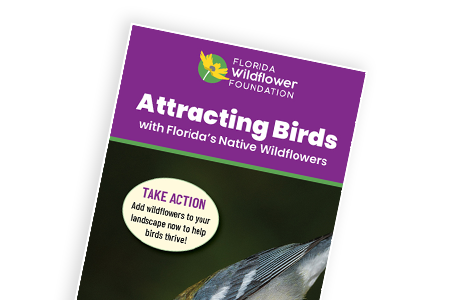 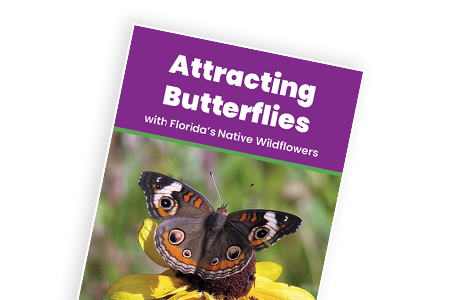 You can help provide food and habitat for Florida’s butterflies by landscaping with native wildflowers. Learn more now. 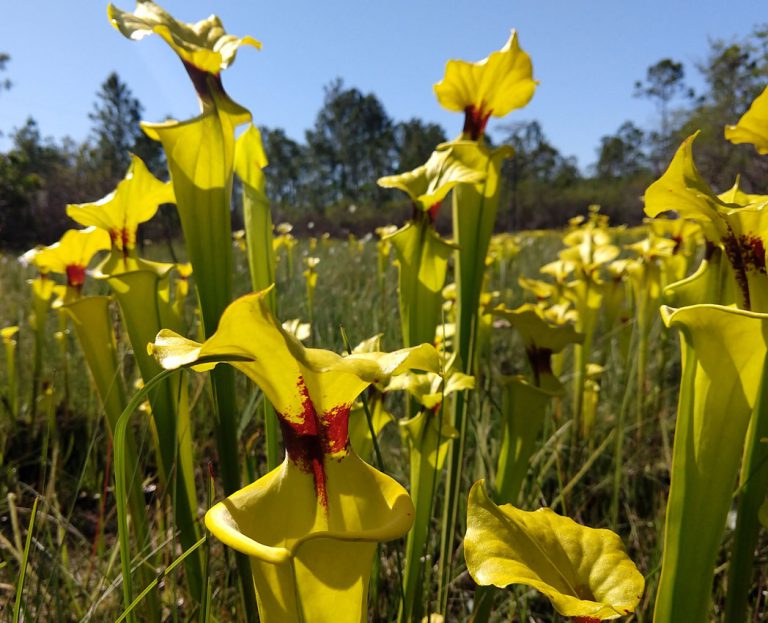 The Panhandle Wildflower Alliance’s Fall 2019 newsletter features updates about new wildflower programs, where to see wildflowers in bloom, and much more.