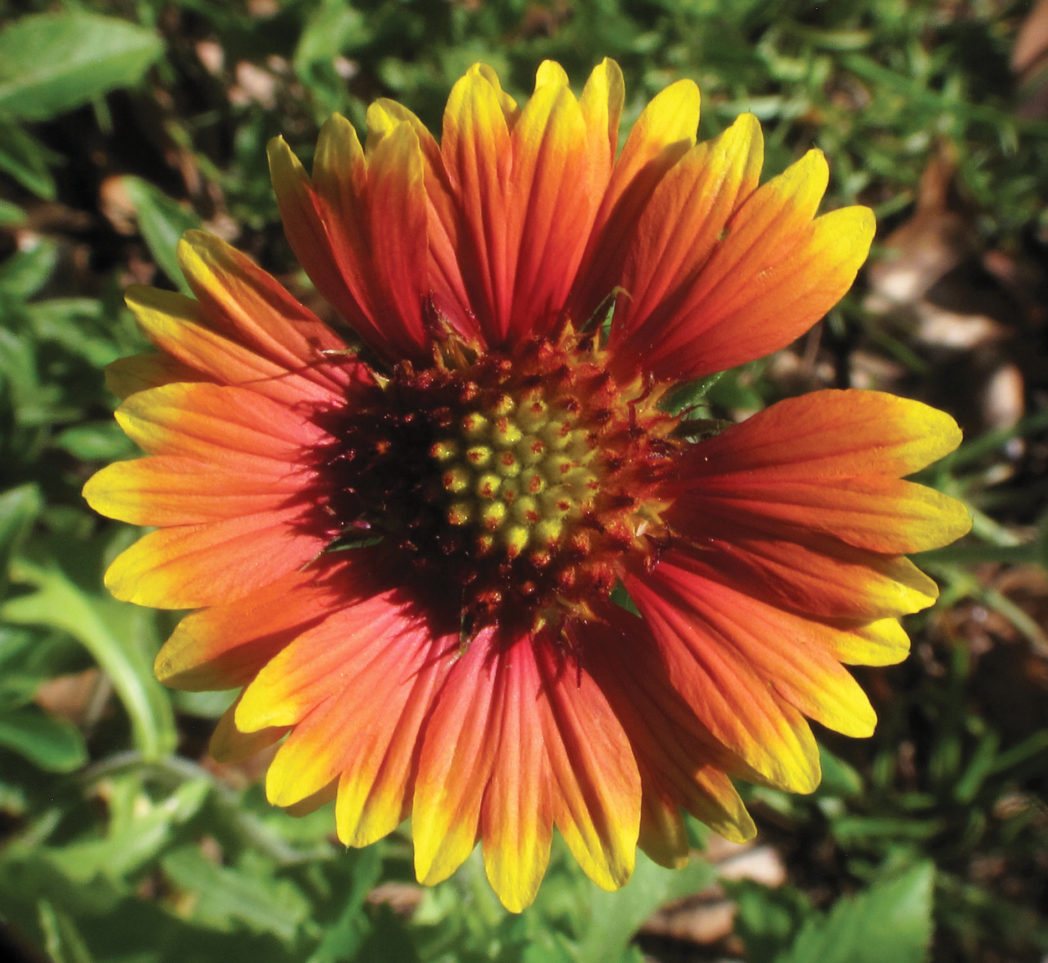 If you’re interested in Florida’s native plants, then you’re probably aware of the recent kerfuffle about Gaillardia pulchella.

In late 2020, a research paper was released stating that the plant was not a native Florida species, but rather an introduced species, likely from Texas. In a section of Studies in the Vascular Flora of the Southeastern United States: VI, Florida International University’s Alan Franck, Ph.D., writes, “Gaillardia pulchella is not native to the eastern U.S.A.”

The information began working its way through botanical circles, as the Atlas of Florida Plants, Florida Wildflower Foundation, Florida Native Plant Society and others updated their data to indicate the species was not native. (At this time, the U.S. Department of Agriculture’s Plants Database continues to show it as native to the state, however.)

Nancy Bissett of The Natives, located in Davenport, wasn’t surprised by the species status change.

“The first time I saw it in a ‘natural area’ was at the Cape Canaveral coast at road edges, so it was suspect. Others have thought that, too,” she said. The fact that the plant is an annual (or short-lived perennial) that comes up easily in disturbed areas supports that non-native standing, too.

The status change has not gone unnoticed by gardeners. Earlier this year, social media flared up with comments ranging from declarations that the plant was going to be yanked unceremoniously from back yards to laments about a favorite plant’s status change, opinions that the species is too important for pollinators to completely remove from landscapes, and flat-out disagreement with the report.

Franck, who is curator of the Wertheim Conservatory in FIU’s Department of Biological Sciences, is rarely on social media, he said, so was unaware of the chatter.

“I have plenty of non-native plants that I value in my yard. I don’t like to make things so black and white that non-natives [are considered] evil and natives are all good. It’s all context,” Franck said.

There’s a difference between planting for restoration and planting for wildlife, Franck pointed out. With restoration plantings, it’s very clear that you want native plants, he said, but if it’s your garden, G. pulchella has value.

Marc Godts of Green Isle Gardens in Groveland echoed that sentiment, adding, “I would agree with this statement for any questionable species,” such as Tropical sage (Salvia coccinea), Spanish bayonet (Yucca aloifolia) and Firebush (Hamelia patens).

“I haven’t minded using Gaillardia in certain situations,” Bissett said, mentioning urban landscaping as an example. “But not restorations. If it’s a restoration, I wouldn’t use Gaillardia. That’s how we’ve done it in the past.”

The Florida Wildflower Foundation defines “Florida native wildflower” as any flowering herbaceous species that grew wild within the state’s natural ecosystems in the 1560s when Florida’s first botanical records were created.

“A very productive ecosystem traps a lot of carbon, mitigates pollution and erosion and so forth. At a very large scale, these things add up,” Franck said, adding that it is important to continue learning about native resources and how to “conserve the unique diversity that we have, and not just species by species. Within a species, there is a lot of genetic diversity that we’re unaware of that’s locally adapted and maybe has potential for human exploitation.”

For example, which native species can tolerate hurricanes in coastal areas or support unique insects and wildlife?

The history of Gaillardia

Gaillardia has been recognized for centuries, and the genus has been appreciated as a garden flower almost as long, according to Franck’s research.

“Some later works, however, considered G. pulchella native to the eastern USA (Wunderlin 1998; Diamond, Jr. 2003; Weakley 2015) and it has often been promoted for native wildflower plantings in the region (Hammond et al. 2007),” he wrote.

“Name confusion is likely a contributing factor,” he said.

Franck’s paper states, “It is remarkable that G. aestivalis is found in many historic floras and ascribed to wild natural areas as far back as Walter (1788; Rock 1956). In contrast, G. pulchella is absent from the eastern USA in several historic floras and is only documented in natural areas some time around the 1870s in Alabama, 1883 in Mississippi, 1902 in South Carolina, 1904 in Florida and 1923 in North Carolina.”

That 1904 date? It came from a G. pulchella specimen label from Cape Canaveral that was marked by the collector as “probably escaped.”

Research also shows that G. pulchella was cultivated in France in the 1780s, probably from seeds collected in Texas. By the mid-1800s, it was listed in U.S. seed catalogues, and by the late 1800s, it was considered a common garden plant.

“If G. pulchella were native to coastal dunes or other habitats in the eastern USA, it is extremely doubtful that a very colorful, conspicuous coastal plant would have been overlooked for so long,” he writes. “Its native distribution in nearby Texas and its propensity for inhabiting dunes in the eastern USA has probably given the false impression it is native to the eastern USA.”

“It would’ve been easily seen by [early] botanists,” she said of the showy, colorful plant, and, if it were there, very strange for them to have missed it.

Bissett said Franck’s research makes sense, considering natural areas where the species was identified matched areas where documentation showed it had been introduced.

“As annuals, that’s their strategy – to grow a lot of blooms and seeds, and reseed,” she said, adding that both native and non-native annual plants are wont to disperse seeds prolifically to support future generations.

Marc Godts, who is a member of the Foundation’s Planting & Conservation Committee, said G. pulchella is the ninth most popular wildflower Green Isle Gardens sells (after Dune sunflower, various Coreopsis species, twinflower, Mimosa strigillosa and other natives), and the native plant nursery will continue offering it.

“It provides a great pollination service and beauty along our roadways, beaches and urban landscapes,” he said. “In today’s diminishing habitats, we should be worrying about food sources for all the wildlife and protecting as much natural area as possible – and not so much whether a species that is planted everywhere in the state by the hundreds of thousands is actually native, when it has been and will be continually debated for years to come.”