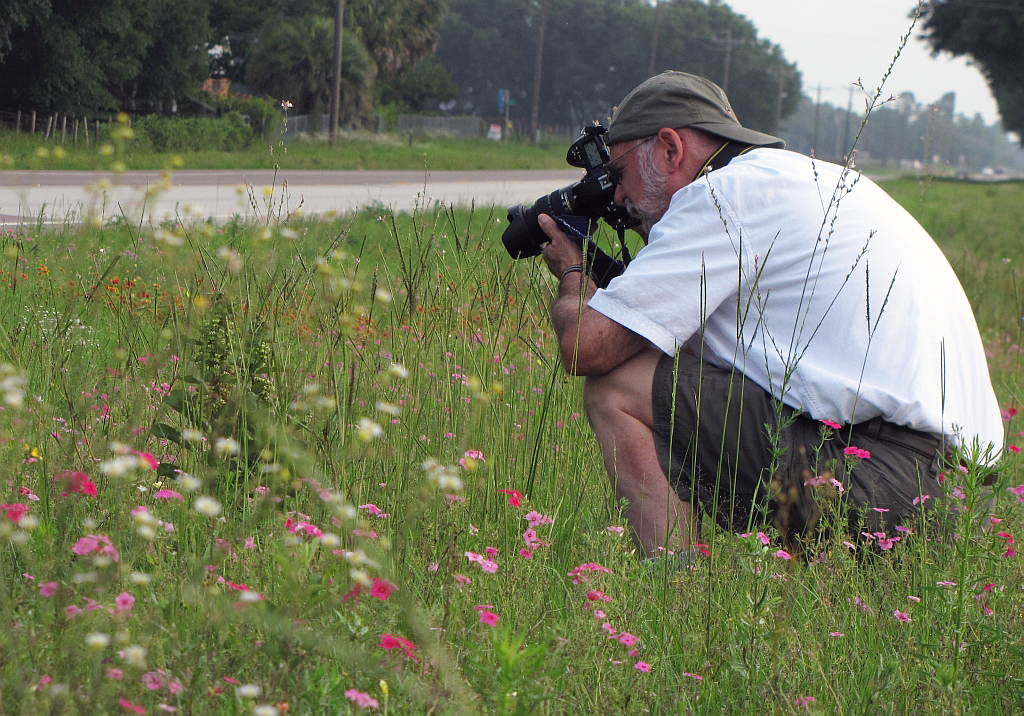 Building on the success of the recent St. Johns River to the Sea Loop wildflower surveys, and in an effort to expand the number of wildflower routes for Florida’s quincentennial celebration in 2013, the Florida Wildflower Foundation has funded research to develop wildflower routes in three other regions of the state. They are:

The goal of these three-season surveys is to document the best possible routes (and loop routes, if possible) that:

Jeff Norcini and Gil Nelson began their work in March with spring surveys in the Panhandle and Big Bend and a spring reconnaissance trip to the Corkscrew Swamp region. More than 110 native wildflowers were observed, most of which were flowering.

Here are some highlights of their spring trips:

Panhandle – The entire wildflower route identified is within Liberty County and includes Apalachicola National Forest’s stretch of State Road 65, widely considered to have the best displays of native species in the state from late winter through late fall. Moreover, displays and diversity are consistent from year to year because mowing has been substantially curtailed, thanks to the US Forest Service and Florida Department of Transportation. In late April, the loop, which includes County Road 379, had excellent displays of naturally occurring native wildflowers and grasses, much of which were contiguous. Showy stands of roadside wildflowers included three species of pitcher plants (Sarracenia spp.) as well two of our state wildflowers – the yellow lanceleaf tickseed (Coreopsis lanceolata) and the pink swamp tickseed (C. nudata). Unfortunately, most of the wildflowers on CR 379 were mowed in early May.

Big Bend – In this region, wildflower routes are in parts of Dixie, Gilchrist, Lafayette, Levy, Suwannee and Taylor counties. Like the Panhandle, many excellent displays of naturally occurring native wildflowers and grasses occur along these routes, though displays usually weren’t nearly as contiguous as in Liberty County. The exception was in Suwannee County, where there were many contiguous stands of goldenmane coreopsis (Coreopsis basalis). Other notable wildflowers included showy stands of southeastern sneezeweed (Helenium pinnatifidum), starrush whitetop (Rhynchospora colorata), annual phlox (Phlox drummondii), and the majestic dixie iris (Iris hexagona).

Corkscrew Swamp – This region includes several important natural areas (listed below), most of which are connected by a network of busy major roads and highways with little to no wildflowers. The parks and preserves provide a varied collection of readily accessible short walks — many on attractive and easy-to-negotiate boardwalks. All feature an assortment of native wildflowers embedded within excellent examples of Southwest Florida’s natural ecosystems. Displays, in general, were not as showy as roadside populations in the Big Bend and Panhandle. However, small populations of dixie iris throughout these sites were quite showy. One showstopper along CR 832 just west of the Okaloacoochee Slough State Forest was a 10+ acre stand of toadflax (Linaria canadensis).

The researchers’ initial recommendation for this region is to devise a designated driving trail leading to these sites, noting important roadside wildflower sites along the route where available, and highlighting the hiking trails and wildflowers at each park or preserve. The ultimate suggested wildflower route may vary for spring, summer and fall.