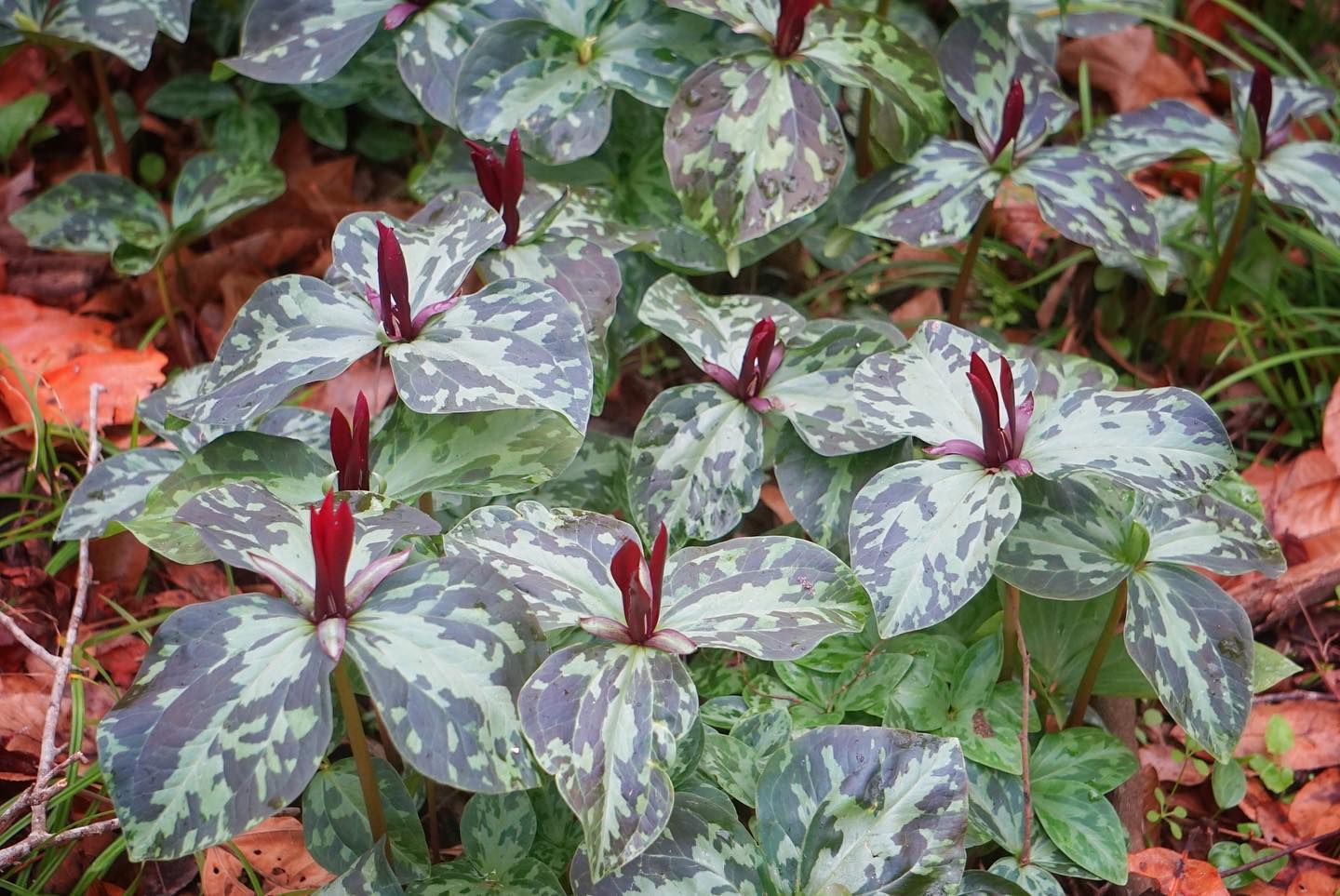 Trillium are a fascinating wildflower — the ephemeral nature of their blooms in winter to early spring when few other flowers are present on the landscape have given them a special place in our botanical ethos. Of Florida’s four native species, Spotted wakerobin (Trillium maculatum) is the first to appear as early as December in North Central Florida. They occupy the understory of upland hardwood forests, slope forests, hammocks and bluffs.

Absent of a true stem, they rise above the ground via rhizomes. The mottled green to light green leaflike structures are actually the bracts of a flowering scape. These bracts function much like leaves for photosynthesis. Sessile dark red, reddish purple, or sometimes yellow to red or fully yellow petals rise up from the center of the bracts. Sepals are spreading to slightly erect, and maroon to green or streaked with maroon and green.

While little is known about pollination in Trillium species, seed dispersal mechanisms have been more widely studied. Trillium are myrmecochorous, meaning their seeds contain elaiosomes, which are attractive to ants as a food source. As a result, ants collect the seed and disperse them. Because they grow in low light conditions, they are also very slow growing — even their germination happens in two phases. This slow growth rate makes them especially vulnerable to habitat disturbance and poaching

Spotted wakerobin plants are not commercially available. Visit a natural area to see them.