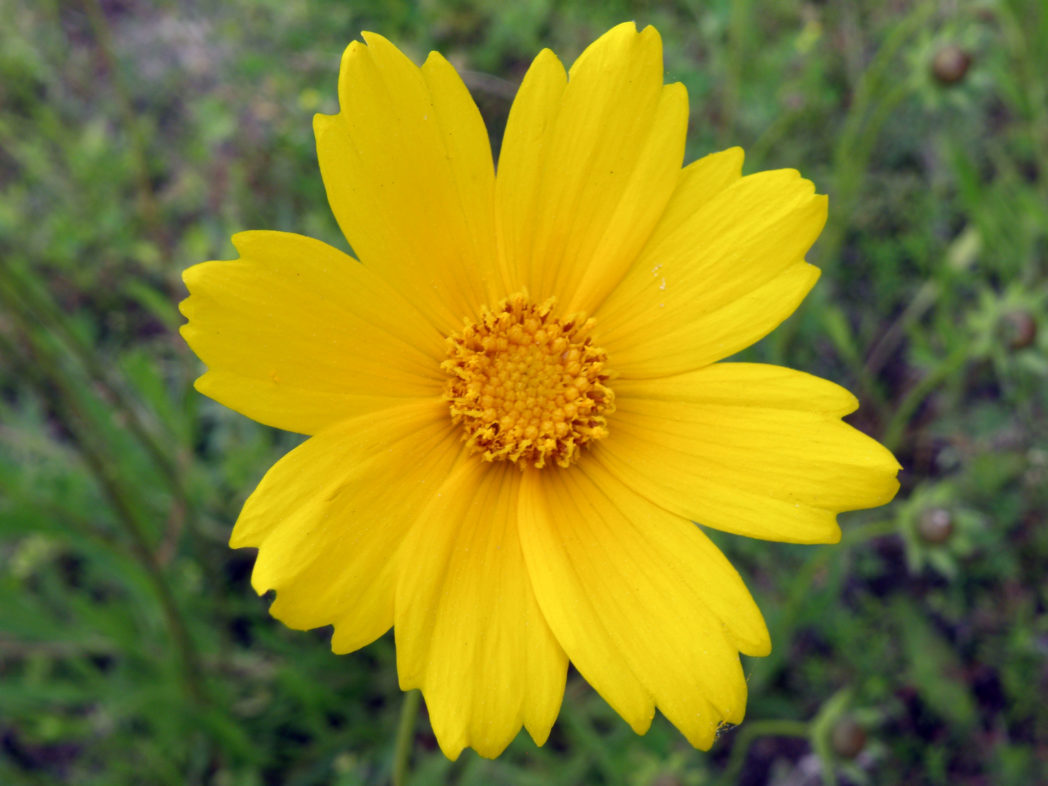 by Jeff Norcini and Zhanao Deng

A concern was recently raised about planting two species of tickseed (Coreopsis spp.) near each other in a garden because the two might hybridize. If they were both Florida ecotypes, so what if they did? It’s probably a hybridization that Mother Nature has already attempted, since she has been in that business since the dawn of sexual reproduction.

A prime example of one of her Tickseed matchmaking successes is Florida tickseed (C. floridana).  According to one expert, this species is probably a hybrid of two Florida natives ­­– Texas tickseed (C. linifolia) and coastalplain tickseed (C. gladiata). This hybrid is the only tickseed that is endemic to Florida – that is, it occurs no other place in the world.

But back to the question – what’s the likelihood that two tickseed species will produce a sustainable hybrid? Here’s the general part of that answer: Tickseed species must be flowering at the same time and be close enough together so that the pollinator (bee, butterfly, etc.) transfers pollen from one plant to the other. After that, it gets a bit more technical, but the bottom line is that viable seeds must be produced, and those seeds must germinate and develop into healthy, first-generation hybrid plants.

Within the lanceleaf tickseed section, the only concern is with lanceleaf and largeflower tickseeds. Do not plant garden varieties of these species in the of each other as there is substantial risk the two might hybridize.

One final note – don’t plant tickseed from some other part of the country near the same species of tickseed derived from Florida. The two will likely hybridize, with potentially significant negative ecological impacts.

Jeff Norcini is the owner of OecoHort, LLC.

Zhanao Deng is Professor of Ornamental Plant Breeding and Genetics at the University of Florida/IFAS, Gulf Coast Research & Education Center.