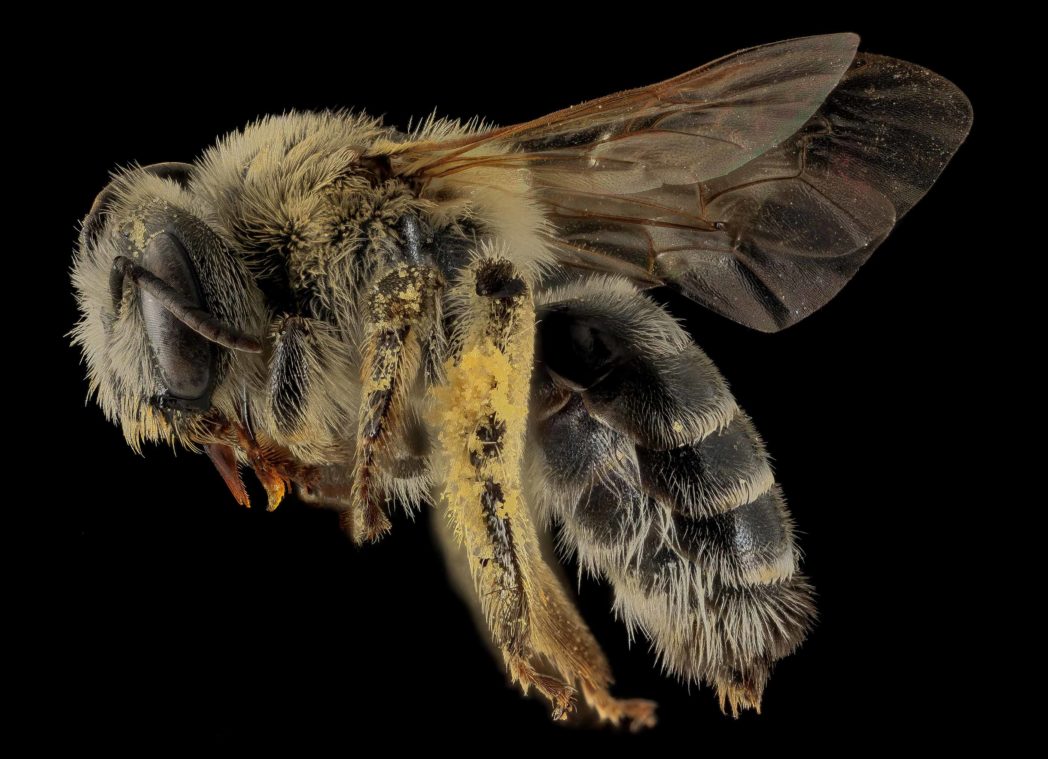 The Melittidae family is small group of bees that are relatively uncommon. Although they are considered to be one of the most ancient bee families, many populations are now in decline doe to loss of nesting habitat.

Most Melittidae are specialists, foraging only on one or a few species of flowers. Florida is home to two species of Meliitidae with very specific foraging needs:

With only 33 species in North America, Melittidae is our least diverse family of bees. Though relatively uncommon worldwide, they’re considered to be among the most ancient of all bee families. In fact, the oldest known fossil of any bee is thought to be about 100 million years old, and contains a specimen from the Melittidae family.

All Melittidae are solitary bees and nest in the ground. Though rarely seen, in the United States, they are most abundant in the desserts of the Southwest.

Oil-collecting bees get their name from one small genus within the Melittidae family — Macropis. These bees have specialized structures on their legs that allow them to collect and carry plant oils back to their nest cells. Females use these oils to line their nest cells as a waterproofing agent, and mix them with pollen as food for their developing young (unlike most bees that mix pollen with nectar).

Note: Florida is not home to any Macropis or true “oil-collecting” species of Melittidae.

Florida Melittidae Only two Melittidae species are known to occur in Florida, and both are restricted to the Panhandle and northern peninsula.

Genus: Hesperapis (pronounced hes-per-ay-pis)
Hesperapis are small bees, with abdomens often covered in black or gray hairs. In Florida, they have been found in Bay, Escambia, Okaloosa, Santa Rosa and Walton counties. Most North American Hesperapis are found in arid regions of the western United States, but Hesperapis oraria is restricted to the eastern Gulf Coast, as well as Florida’s Gulf Coast barrier islands.

Hesperapis bees fly from March through October, and prefer to nest in the sandy soils of Florida’s beach dunes. They dig relatively deep nests in comparison to other Melittidae species, often with a mound of sand deposited around the entrance from nest excavation. These bees typically dig one long burrow (which can be up to 3 feet below the surface!) with several branches off to the side, each containing a single nest cell.

Macropis europaea. This oil-collecting bee is not native to Florida, but the image shows off her highly specialized hind legs designed for collecting plant oils. They seek oils from plants in the genus Lysimachia, but North American populations of this bee are now quite rare. Photo courtesy of USGS Native Bee Inventory and Monitoring Laboratory

Most ground-nesting bees line their nest cells with a waterproofing agent, but not Hesperapis. There is evidence, however, that some Hesperapis larvae will actually coat their own nest cells before becoming pupae!

These bees will only forage on blueberry and cranberry flowers (Vaccinium spp.). The combination of their preference for Vaccinium and ability to buzz pollinate (shake pollen free from flowers), make M. americana extremely effective pollinators of these crops.

Little is known about the behavior of this ground nesting species, but their European relatives tend to nest in flat ground often hidden by vegetation.

Unfortunately, studies have shown declines in Melitta spp. due to loss of appropriate nesting sites. But with a little planning, our yards can serve as prime real-estate for declining populations of our native bees!