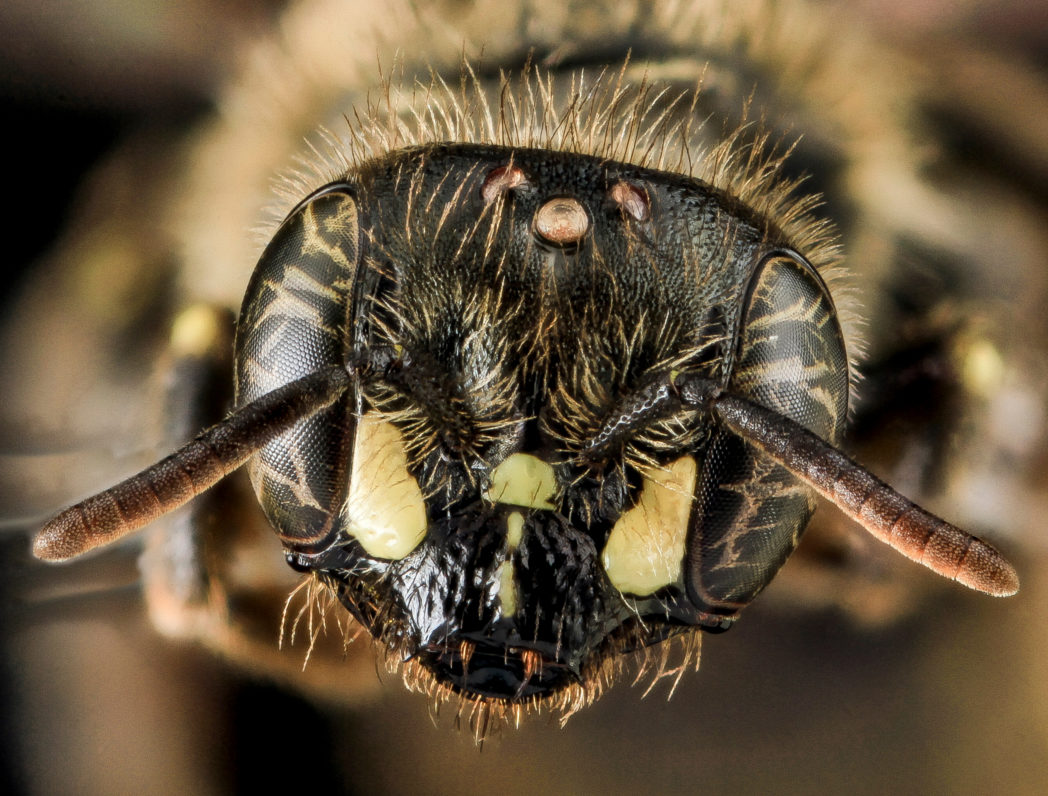 “Know your native pollinators” is a series of articles that will help you identify and appreciate Florida’s varied pollinators, including bees, wasps, butterflies, moths, beetles, flies, birds and bats. Pictured above: Perdita bequaerti. Photo by Jonathan Bremer.

Mining bees are a diverse family and some of the first bees to fly come spring. But if you don’t see them in the air, you can usually spot their conspicuous nest entrances on the ground marked by mounds of excavated soil.

The Andrenidae family contains both generalists and specialists, but they most commonly forage on:

Andrenidae are a large and diverse group of bees with more than 4,500 species worldwide. All are groundnesters, giving them the name “mining bees.”

Although they are solitary bees, mining bees often nest in large aggregations ― sometimes in the thousands! Their nests can be quite conspicuous since excavation frequently results in mounds of dirt surrounding the entrance, similar in appearance to an ant hill.

Females dig a hole in the ground, ranging anywhere from a couple of inches to a few feet deep. Side chambers are excavated off the main entrance, lined with a waterproofing substance, and stocked with a ball of pollen and nectar. The female then lays a single egg on top of each pollen mass and seals off the chamber entrances.

Andrena are among the first bees to fly in spring and are frequently seen foraging on flowering trees and shrubs in the rose (Rosaceae) and willow (Salicaceae) families. These medium-sized bees are equipped with extra hairy legs for collecting pollen.

All species nest in the soil, and prime real estate can attract a great number of females. Some of their favorite nesting sites include dirt roads and road banks, as well as bare areas in your lawn.

An excavated Andrena nest. Photo by Sarah Gould (CC BY 2.0)

The mound of dirt surrounding a mining bee’s nest is called a “tumulus.”

Perdita spp. are some of the smallest bees in North America. This one is wrapped around an insect pin. Photo courtesy of USGS Native Bee Inventory and Monitoring.

Perdita are some of the smallest bees in North America. They usually have yellow markings on their face and bodies. They are found mostly in coastal plain areas where they build nests in sandy, well-drained soil. In Florida, sand dunes are a favorite nesting site for Perdita. Instead of lining their nest walls like most bees, they cover their pollen mass with a glandular secretion to make it moldproof.

Perdita are so small that scientists estimate they rarely travel farther than 200 feet from their nests in search of nectar and pollen.

Calliopsis living up to its name with those beautiful eyes! Photo courtesy of USGS Native Bee Inventory and Monitoring.

Though not common, these bees are occasionally found in northeast Florida, where they nectar on Phlox, Asters and sunflowers. Look for them in summer or early fall.

Calliopsis is derived from the Latin word calliope, which means “beautiful” – and these bees certainly live up to their name!