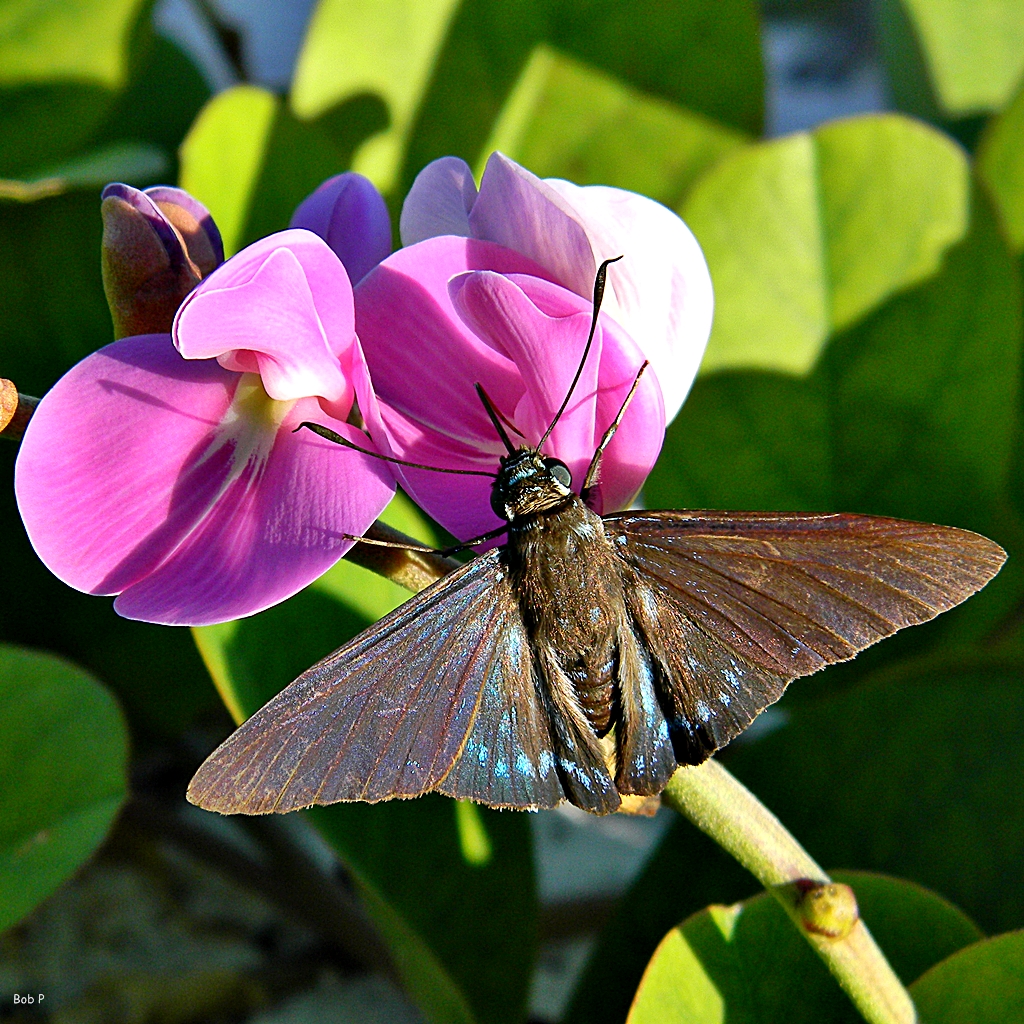 “Know your native pollinators” is a series of articles that will help you identify and appreciate Florida’s varied pollinators, including bees, wasps, butterflies, moths, beetles, flies, birds and bats. Pictured above: Mangrove skipper (Phocides pigmalion) on Baybean (Canavalia rosea) by Bob Peterson (CC BY 2.0) .

Next time you take a trip to the coast, peek into the mangrove forest and see if you can find a Mangrove skipper in there!

Mangrove skippers are mostly brown, but can be identified by the streaks of electric blue on their hindwings. In fact, their wings shine with an overall blue iridescence. They have a medium-sized wingspan, at two to almost three inches. The females are larger than males. The Mangrove skipper’s face is white with electric blue dots and stripes on the head, thorax and abdomen. These are fast flying butterflies.

Although some can occasionally stray all the way north to coastal South Carolina, our Mangrove skippers mostly inhabit southern Florida north to Pinellas and Volusia counties and can be found there all year. Other subspecies of Mangrove skipper live in the Caribbean, Mexico and south to Argentina. Since they like to stay near their host plants, Mangrove skippers remain close to mangrove forests in warm saltwater habitats.

Our Mangrove skippers in Florida have three or more broods per year and are seen most often flying from November to August.