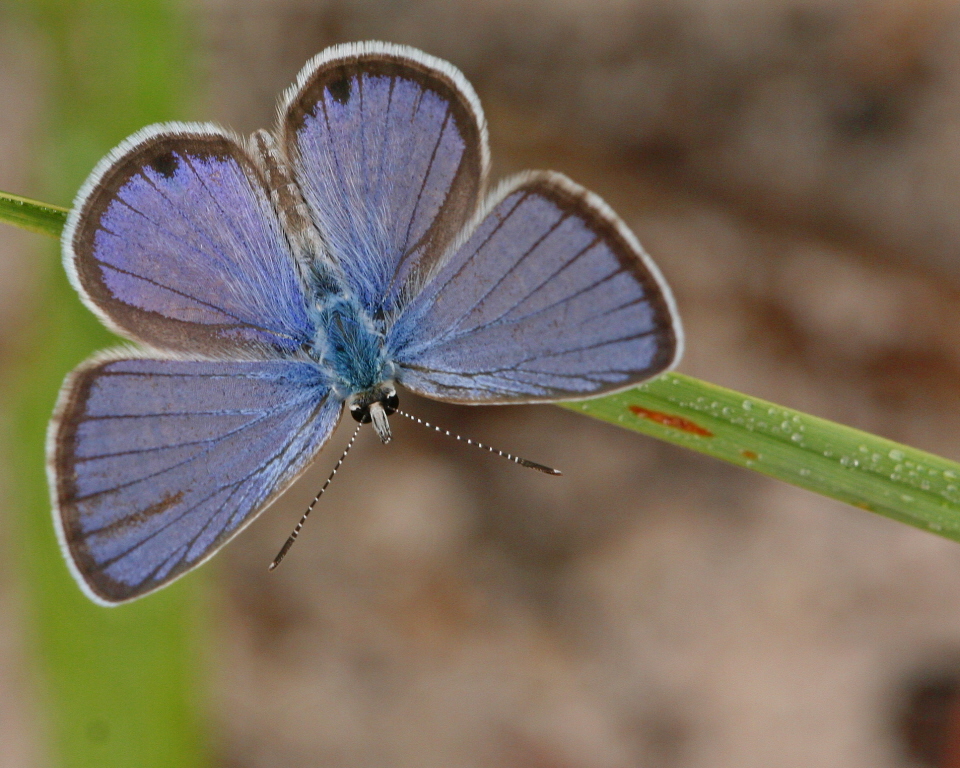 “Know your native pollinators” is a series of articles that will help you identify and appreciate Florida’s varied pollinators, including bees, wasps, butterflies, moths, beetles, flies, birds and bats. Pictured above: Ceraunus blue butterfly (Hemiargus ceraunus) by Mary Keim.

Being small, the Ceraunus blue might be easy to miss at first, but this lovely blue butterfly is worth another glance.

The Ceraunus blue butterfly is in the second largest family of butterflies, Lycaenidae, otherwise known as “gossamer-winged butterflies.”

A small butterfly, the Ceraunus blue’s wingspan is only 18–25 mm. Distinguishing characteristics marking this butterfly ventrally are two black spots along the lead margin and an orange-rimmed black eyespot at the outer margin of the wing. Other markings on the underside are dark bars with white bands and black spots rimmed with white on a gray background. Of course, the violet blue of the male’s dorsal side is what gives this butterfly its common name. Females are a dark brown with blue only at the base of their wings. Both have a small black spot at the hindwing margin on the upper side of the wing.

The Ceraunus blue is similar in appearance to another common butterfly, the Cassius blue. They can be distinguished from each other because the Ceraunus has only one large eyespot on the ventral hindwing, while the Cassius has two.

These butterflies are common in the southern United States. Their territory stretches from Mexico to the Caribbean, and south through Central America to South America.

This butterfly can have three or more generations per year, and is in flight year-round in southern Florida. Males patrol for females during the warm hours of the day. When ready, the flat blue eggs are laid singly on the host plant, often on the bloom spikes. Larvae are light green to pinkish-red and resemble slugs. They are well camouflaged and often difficult to see. Pupae are yellow or green.

Ceraunus caterpillars are believed to call ants by secreting a chemical the ants eat. The ants, in turn, protect the larvae from predators and parasites.