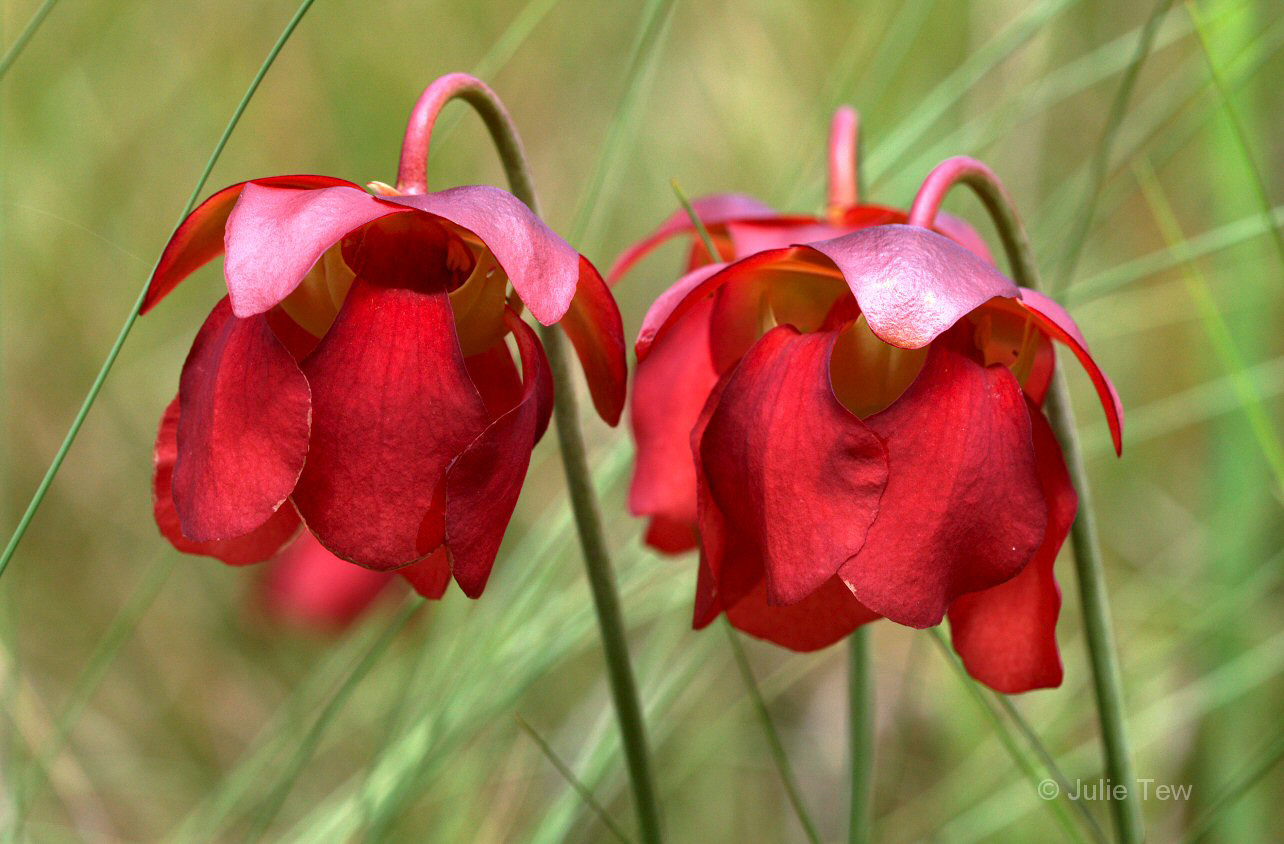 Parrot pitcherplant(Sarracenia psittacina) is a carnivorous perennial plant. Its leaves are tubular with curved lids or hoods, and form the “pitcher” part of the plant. They typically lie nearly flat on the ground in a prostrate rosette. The pitcher mouth is small, hooded and adorned with window-like features that help attract prey. The pitcher is tubular, horizontal and is lined with many criss-crossed hairs. Parrot pitcherplant flowers are red, solitary and nodding.

Parrot pitcherplant is a state-listed threatened species. Its species name psittacine means “of or relating to parrots” and refers to the shape of the flower resembling the head of a parrot.

Family: Sarraceniaceae (Pitcherplant family)
Native range: Central to western Panhandle, Baker and Nassau counties
To see where natural populations of parrot pitcherplant have been vouchered, visit www.florida.plantatlas.usf.edu.
Hardiness: 8A
Soil: Inundated to saturated soils; can also grow in semi-aquatic (periodically flooded) habitats
Exposure: Full sun
Propagation: Division, seed
Garden tips: Parrot pitcherplants do best in their natural habitat, but they can be propagated by division (most successfully in spring) and by seed, although seeds must be cold stratified prior to planting. Seeds tend to do better in sphagnum or peat.

For more information on other Sarracenia species, see: