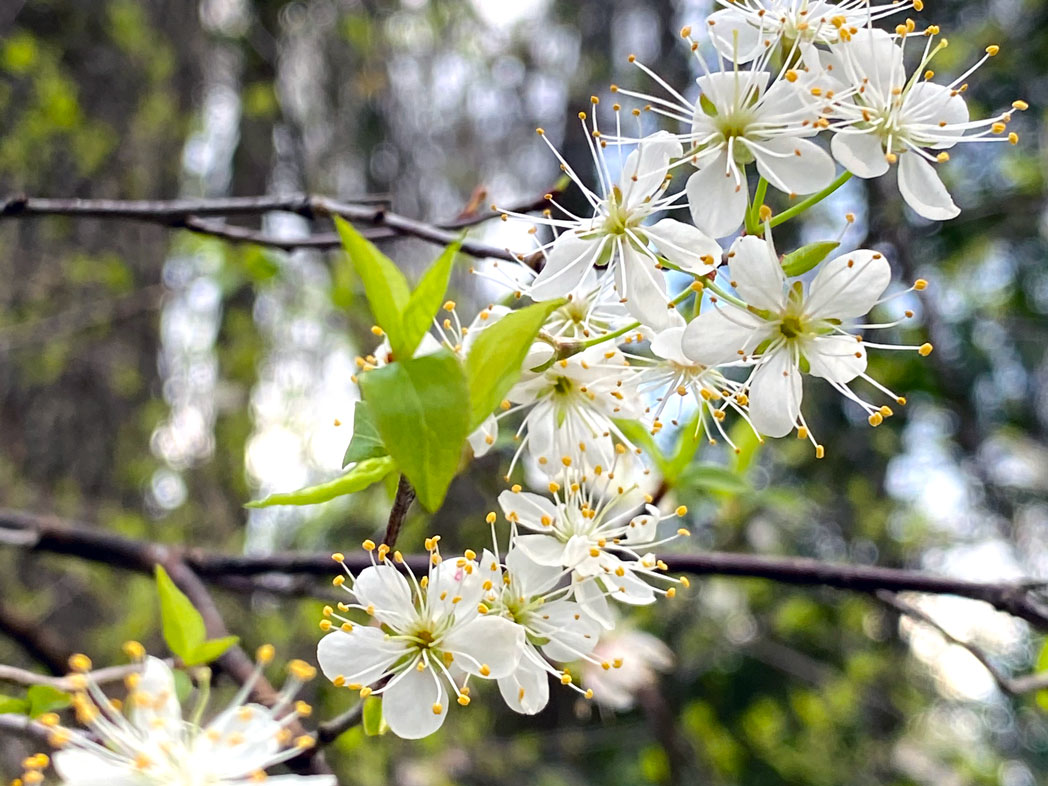 Flatwoods plum is a deciduous large shrub to small tree found in hammocks and woodlands throughout North and Central Florida. It typically blooms in March, at which time the entire crown is covered in umbels of delightful white blooms that attract a variety of pollinators, especially bees. The bloom time is short, lasting only a month or so, but leads to an abundance of summer and fall fruits that provide food for birds and other wildlife. The plums are also edible to humans, but tend to be more bitter than sweet and are best made into a jam or jelly. The plant contains trace amounts of cyanogenic compounds, with higher concentrations in the leaves and seeds. These compounds can be toxic if ingested in large quantities. It is recommended that seeds be removed from the fruits before consuming.

Flatwoods plum flowers are five-petaled and white with many obvious yellow anthers. Leaves are simple, ovate to elliptic and 1 to 2 inches long with serrate margins and alternate arrangement. They turn yellow in fall before dropping. The trunk is often bent or curved. Fruits are cherry-like yellow to reddish drupes that turn purple to black when mature. Their skin is glaucous.

It is often confused with its cousin, Chickasaw plum (P. angustifolia). To distinguish, look for glands at the tips of leaf margin serrations, which are present in Chickasaw, but absent in Flatwoods. Chickasaw plum also tends to flower a bit earlier.

Flatwoods plum is also known as Hog plum, a reference to its historic use as a livestock food. The species epithet umbellata refers to the umbellate or umbrella-shaped flower clusters.

Flatwoods plum is often available at nurseries that specialize in native plants. Visit PlantRealFlorida.org to find a native nursery on your area.