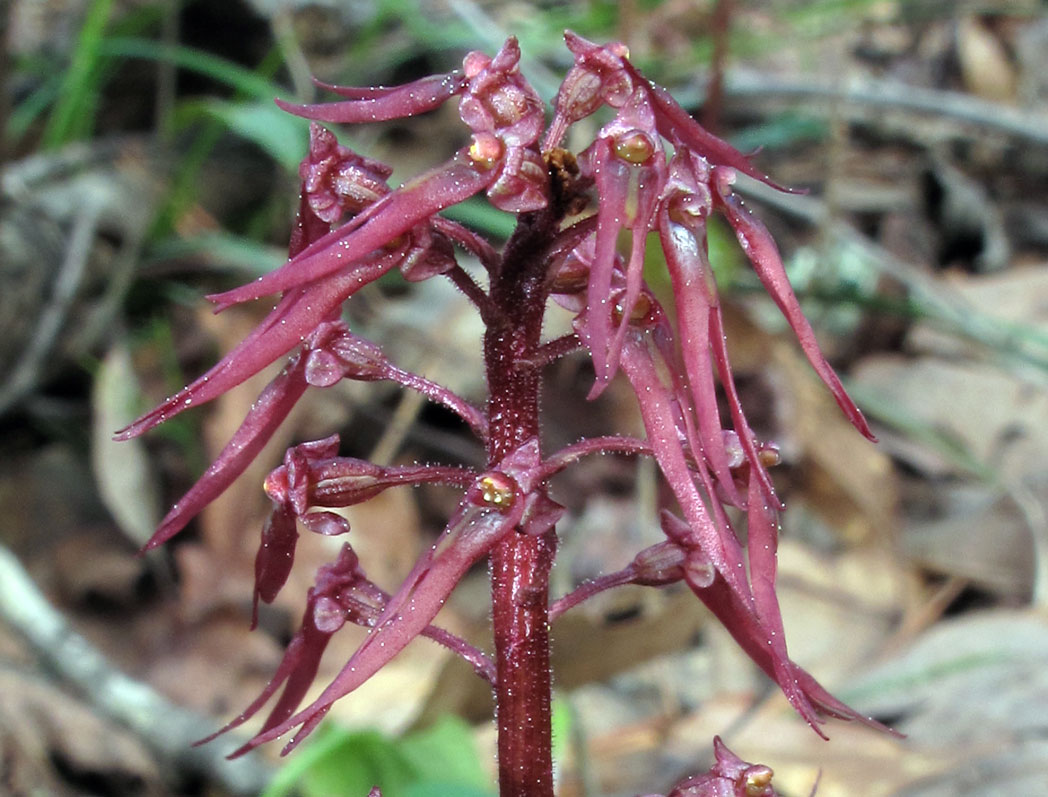 Southern twayblade is a small terrestrial orchid found in bogs, moist hardwood forests, swamps and marshes throughout the eastern U.S. and Canada. In Florida, it is a threatened species, having been documented in only 19 counties. It blooms primarily in January, but may bloom between December and March. It is often found growing among Cinnamon ferns, however, Southern twayblade’s camouflaging colors, short thin flowers and low stature make it difficult to spot. For this reason, the plant may have a greater distribution than documented.

Southern twayblade’s maroon flowers are small (about a half inch long) and two-lipped. The lower lip is linear and deeply bifurcated, giving the flower a forked appearance. Petals are tiny and recurved. Flowers number between five and 30 and are born along a single flowering stalk. Most of the time, the plant consists only of a single pair of leaves arranged oppositely on a low-growing stem of (less than 3 inches tall). Leaves are elliptic to oval and rarely more than an inch long. Stems are purplish-green, succulent and smooth. Seeds are ovoid capsules.

The plant bears a single pair of leaves. Photo by Eleanor Dietrich

The species epithet bifolia and the common name twayblade refer to the plant’s single pair of leaves. The species was formerly known as Listera australis, named for English naturalist and physician Martin Lister (1639–1712). Members of the genus Listera were recently assimilated into the Neottia genus, although some botanists still recognize the two as separate genera.