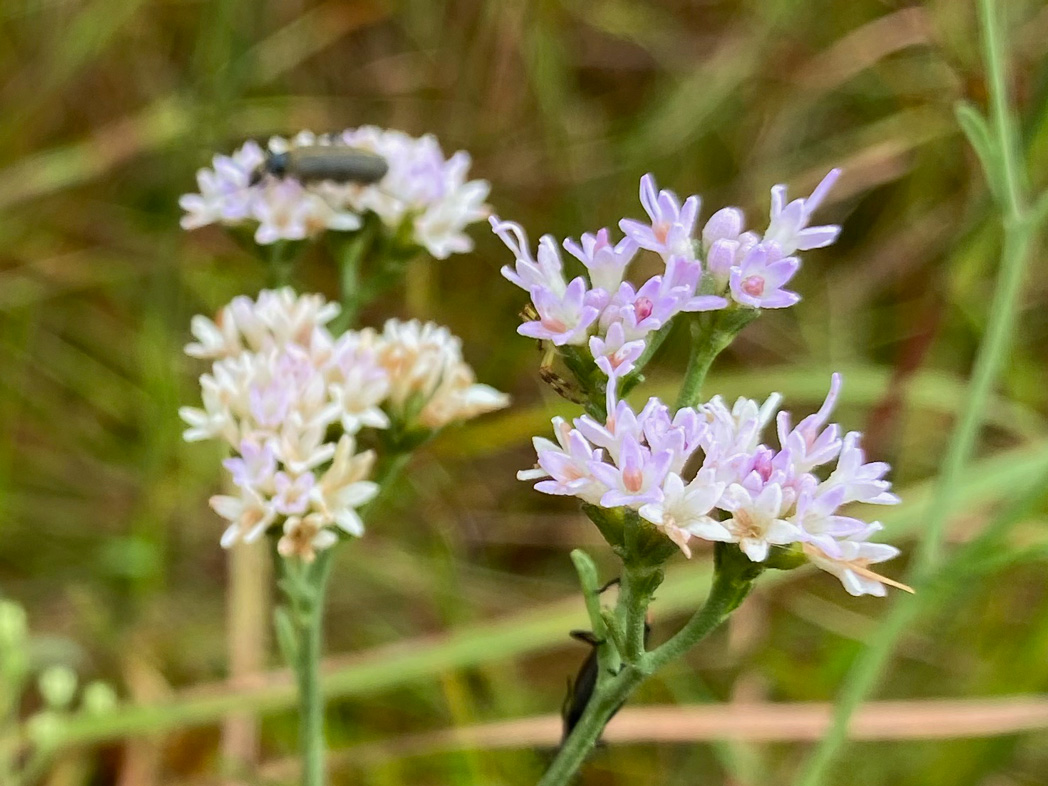 Hartwrightia is an uncommon inconspicuous wildflower found in only 10 Florida and five Georgia counties. It is a state-listed threatened species in both states, where habitat loss and fire suppression imperil it. The plant occurs in seepage slopes, depressions, marsh edges and wet pine flatwoods and prairies. Its pastel flowers bloom in late summer and fall. Pollination has not been studied specifically in Hartwrightia, but it is presumed its flowers are pollinated by the same variety of insects that pollinate other Asteraceae species.

Hartwrightia’s delicate pinkish-white to pale lavender flowerheads are composed of 7–10 disk florets and no ray florets. Disk florets are five-lobed and tubular with dark lavender throats and protruding styles and stigmas. Flowers are born in terminal flat-topped corymbs on multi-branched stems. Leaves appear in the spring as a basal rosette. They are oblanceolate with entire margins and may be up to 10 inches long. Stem leaves are elliptic to lanceolate and alternately arranged. They become reduced and more bract-like as they ascend the stem. The fruit is a five-angled or grooved cypsela. All parts of the plant are covered in sticky glands. The plant’s form resembles Carphephorus odoratissimus, but the latter’s flowers are much darker and the plant lacks Hartwrightia’s tell-tale sticky glands.

Hartwrightia floridana is the only species in the genus Hartwrightia. The genus name is an homage to Samuel Hart Wright, a 19th century botanist, farmer and editor of the Farmer’s Almanac.