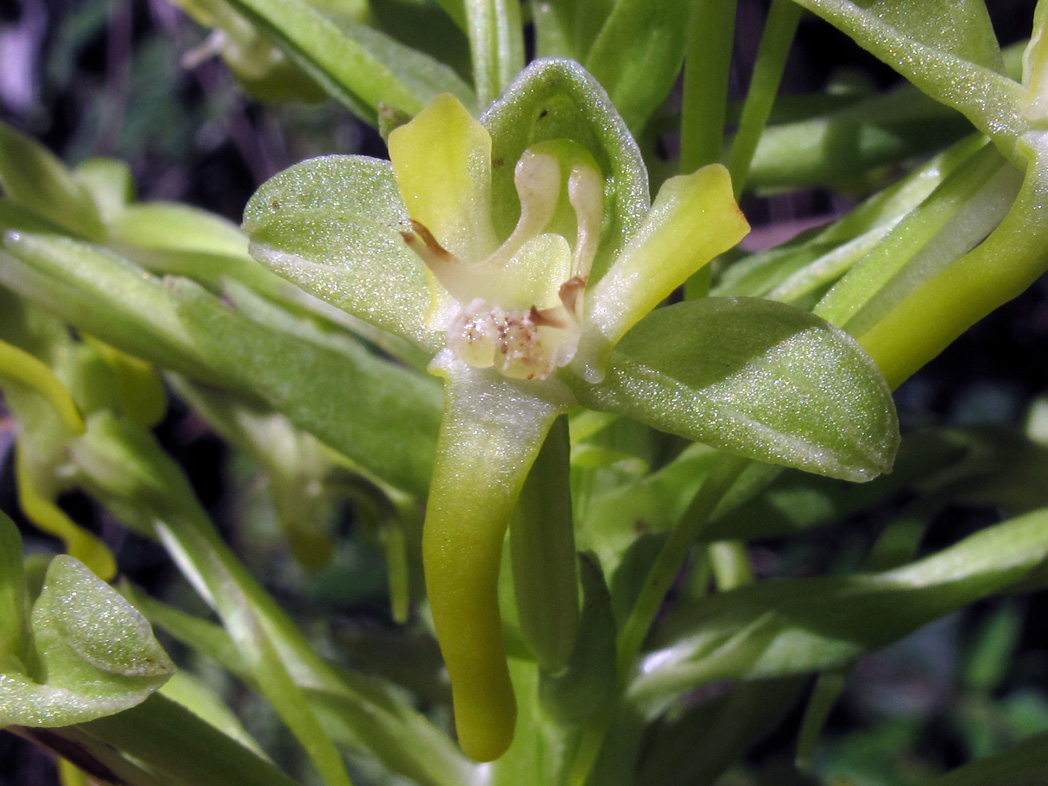 Toothpetal false reinorchid is one of Florida’s most common terrestrial orchids. It is found in swamps and hardwood forests throughout most of peninsular Florida and typically blooms fall through winter. The semi-showy flowers are aromatic, emitting either a sweet fragrance or an unpleasant odor, depending on who you ask.

Toothpetal false reinorchid flowers are relatively small (about ¼–½ inches), green to yellowish-green and resupinate. The corolla is composed of two earlike lateral petals and a spurred labellum, each with a toothlike projection at its base. The calyx is formed by two wide-spreading lateral sepals and a single dorsal sepal that curves to form a hood over the column. Flowers are bilaterally symmetrical and born on erect terminal racemes in numbers of 10 to 30 or more. Leaves are bright green, fleshy and elliptic to lanceolate with an acute apex. They are alternately arranged and decrease in size as they ascend the stem. The fruit is an upward-pointing capsule with many tiny seeds.