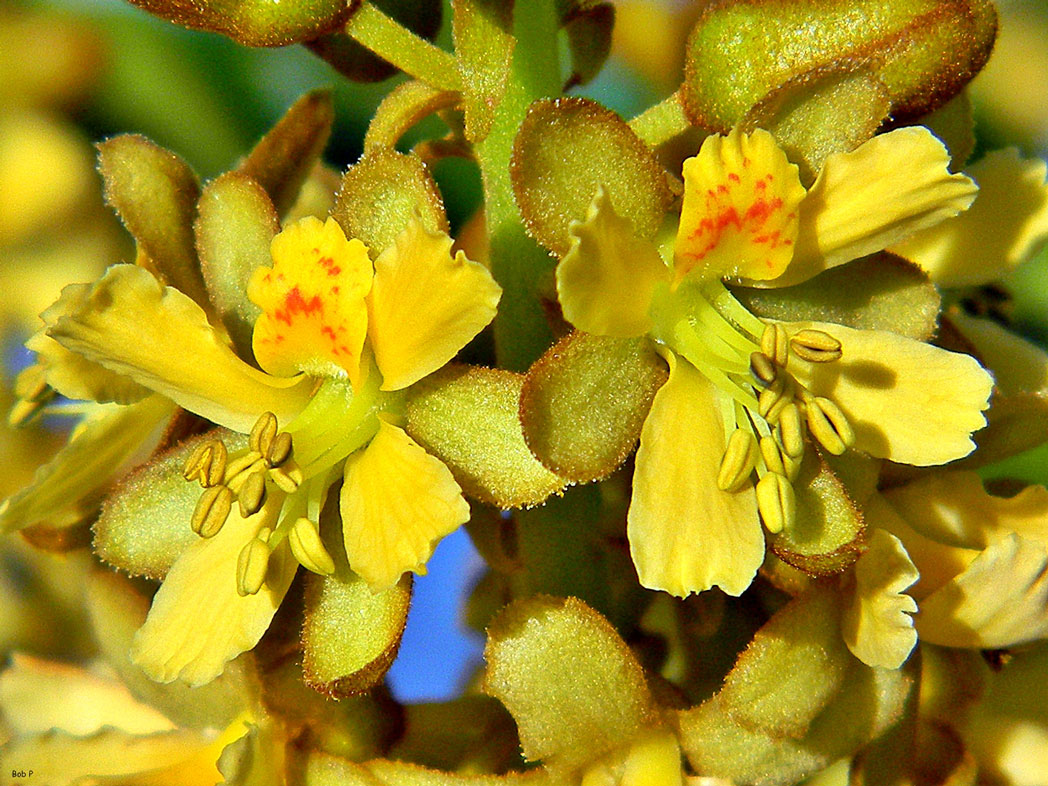 Gray nicker is a vine-like shrub found in coastal strands and mangrove swamps along Florida’s central and southern coasts, where it clambers over other vegetation. Its striking clusters of fragrant yellow flowers typically bloom in spring and summer, but may bloom year-round in South Florida. The plant is a larval host for the Miami blue and Nickerbean blue butterflies.

Gray nicker’s flowers are bright yellow to yellowish-brown with five petals. They are born on long axillary racemes. Leaves are bipinnately compound and oppositely arranged. Leaflets are shiny, elliptic to ovate, and number eight to 10. Stems are arching and armed with many curved spines. Fruits are bright green, flat pods that are densely covered in sharp spines. When mature, they turn reddish-brown and split open. Immature seeds are large (about 3/4” in diameter) and bright green. Mature seeds are hard, whitish-gray and buoyant, aiding in their dispersal on ocean currents.

Gray nicker has many known medicinal properties, including the presence of Bonducin, a chemical that is used to treat fever. The seeds are poisonous if ingested raw, but may be crushed, roasted and steeped in hot water for a coffee substitute.

Plants in the Guilandina genus were originally classified as Caesalpinia. In 2016, phylogenetic studies resulted in the reclassification of several Caesalpinia species to the genus Guilandina. The name Guilandina is an homage to Melchior Wieland, a 16th century Prussian naturalist who moved to Italy and changed his name to the more Italian-sounding “Guilandini.”

Gray nicker is known by many common names, including Nickerbean, Sea bean, Knicker nut, Yellow nicker, Fever nut and Hold-back, which alludes to the plant’s role as a natural barrier.