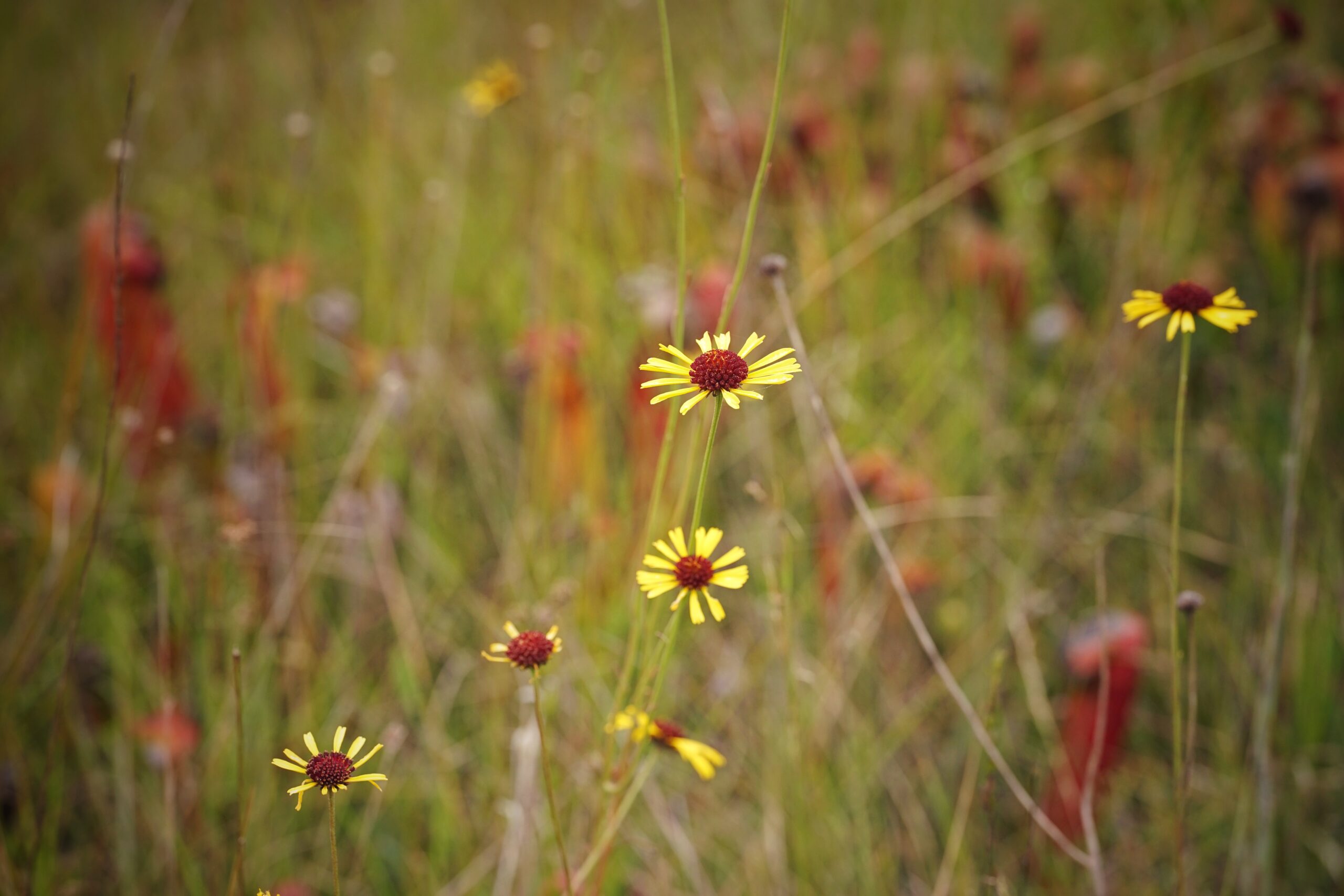 The genus Balduina consists of three species endemic to the Southeast US, with Purpledisk honeycombhead (Balduina atropurpurea) being the rarest. While its US range extends from the Carolinas west to Alabama, it is presumed extirpated from Alabama, has not been recently documented in the Carolinas, has only around 45 known populations in Georgia, and only approximately seven known populations in Florida. Listed as state-endangered in Florida, it is also considered imperiled throughout its range.

Flowers consist of many reddish-purple disk florets with 8-22 yellow ray florets. Eventually, the disk florets dry up and form what resembles a honeycomb (hence the common name). Basal leaves are linear-spatulate, up to 5 inches long and less than ½ inch wide. Very small stem leaves are widely spaced, alternate, slightly fleshy, spoon-shaped and dotted with tiny translucent glands. Stems are erect and purplish at the base.

Purpledisk honeycombhead often occurs alongside Oneflower honeycombhead (B. uniflora) in wet pine flatwoods, savannas, bogs and wet ditches. It is pollinated by a variety of insects including bumblebees and butterflies. Its known populations are threatened due to loss of habitat and fire suppression.

Purpledisk honeycombhead is not commercially available. Visit a natural area to see it.