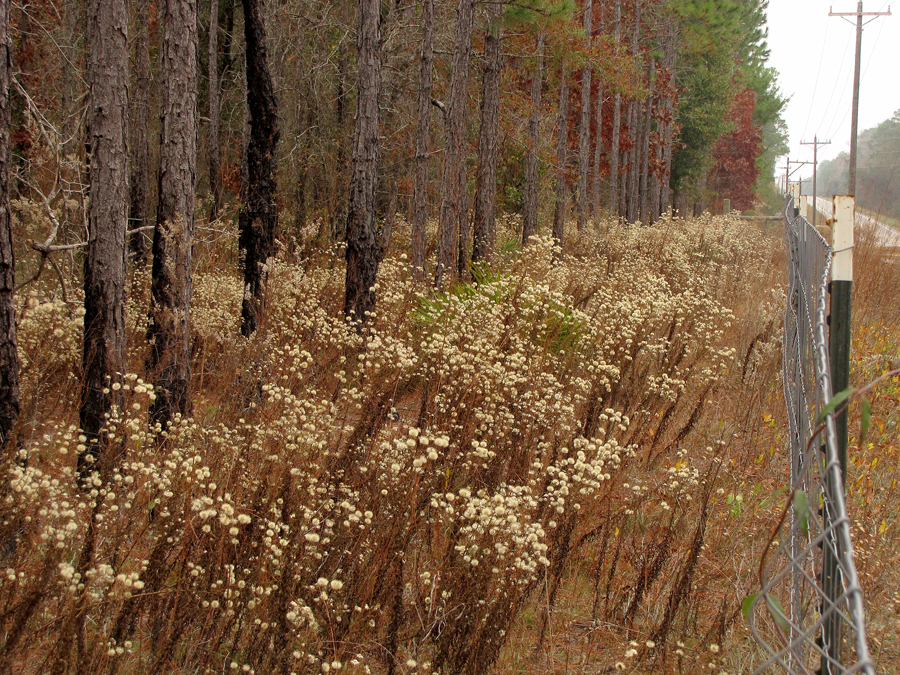 Goldenaster (Chrysopsis mariana) puts on a good show even after blooming. Photo by Jeff Norcini

At this time of year, the foliage of many native grasses has senescensed, or is senescensing — the technical term for dead or dying. So, it’s time cut them back, right?

Not so fast. While late November is considered the time of year to cut back native wildflowers and grasses, some, including me, find there is aesthetic appeal in the various shades of browns and reddish browns they exhibit through the latter stages of life. The grasses in my front yard are left standing until mid- to late January so I can stretch the time they are adding ornamental interest to my landscape.

Part of their ornamental value is their seeds, which vary size, abundance, stem arrangement and color — from cream to brown. Some seeds add subtle interest, while large seed heads, such as those of bushy bluestem (Andropogon glomeratus var. pumilus), stand out in any situation.

Senescensing native grasses are not the only herbaceous plants with aesthetic appeal at this time of year. During a recent trip, I became aware of the subtle beauty of senescensing native wildflowers, mainly those in the daisy family, Asteraceae. The seeds of many native wildflowers in this family have a pappus — a hairy, parachute-like structure to the end of the seed that helps dispersal by catching the wind. The pappus is white to creamy white.

Many Asteraceae native wildflowers produce thousands of seeds clustered in heads or along stems. While an individual seed is barely noticeable, clusters contrast nicely with brownish dead stems. Moreover, many of these native Asteraceae can be tall, like goldenrods (Solidago spp.), making them quite noticeable. They are even more noticeable when in large populations.

So when adding natives to your landscape or designing a new planting, consider using native grasses as well as wildflowers such as goldenrods and goldenasters to provide ornamental interest in your landscape into late fall and early winter.