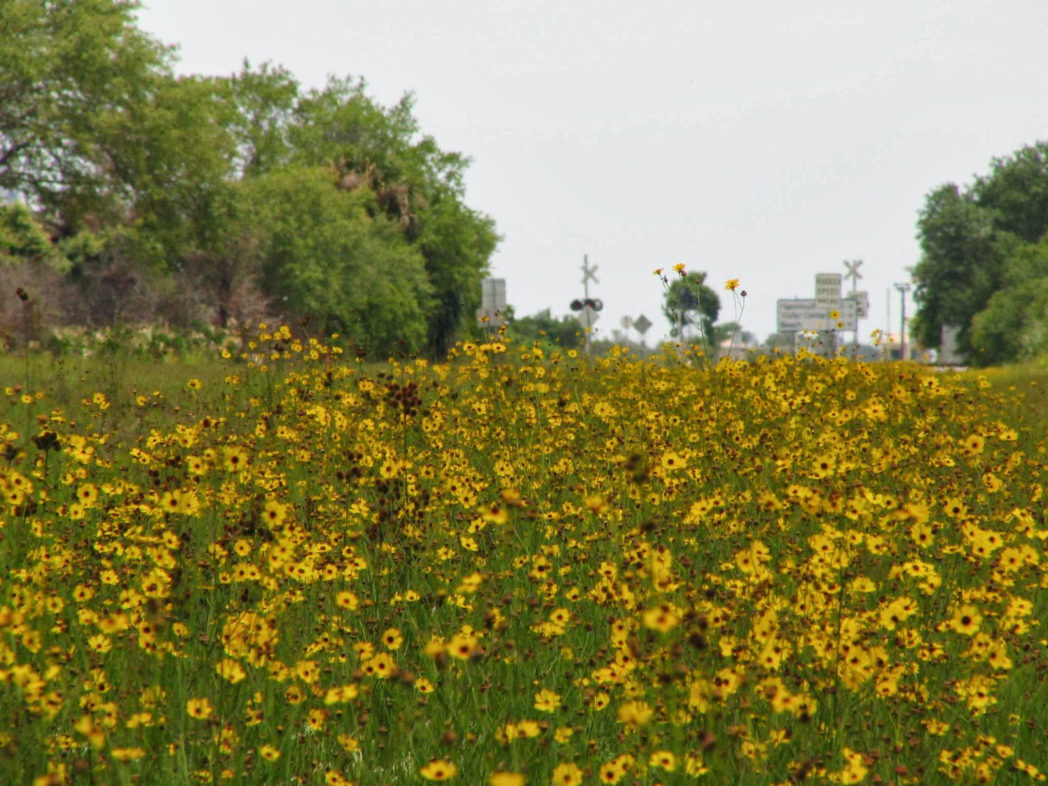 It’s November, and you might not expect to see any showy bloom of native wildflowers and grasses. But don’t jump to that conclusion too fast, because beauty is in the eye of the beholder.

At this time of year, the foliage of many native grasses has senesced, or is senescing — meaning it’s dead or dying. However, the various shades of brown and reddish brown that native grasses exhibit through the latter stages of life adds an aesthetic that appeals to many folks, especially where there is a mixture of native grasses, like there is in natural areas and on power line rights-of-way.

Senescing native grasses are not the only herbaceous plants with aesthetic appeal at this time of year. Consider the subtle beauty of senescing native wildflowers in the daisy family, Asteraceae. The seeds in this family often have a whitish pappus — a hairy, parachute-like structure that helps them disperse by catching the wind. These seeds, which are clustered in heads or along stems, contrast nicely with brownish dead stems. Moreover, many native Asteraceae can be tall, like goldenrods (Solidago spp.), making them quite noticeable, and even more noticeable when in large populations. In dry areas, Claudia Larsen in North Central Florida notes that Summer farewell (Dalea pinnata) (pictured, right) “retains its flowerheads as a coppery inflorescence.”

For those looking for a more traditional display of wildflowers, the further south, the better. The weather through February is likely to be warmer than normal, which will extend flowering of some species and cause some spring wildflowers to bloom a bit early. In late January or February, it would not be surprising to see the bright yellow flowers of Carolina jessamine (Gelsemium sempervirens) lighting up tree trunks and branches in natural areas as well as tree lines along roadsides. And in Central Florida, Drummond phlox (Phlox drummondii), while not native, often is seen blooming in February along Interstate 75, especially in Sarasota and Manatee counties. The bloom could be even earlier this year.

Because below normal rainfall is expected this winter, the best places to look for wildflowers probably will be in naturally moist areas, although abundant summer rains could bring forth good stands of wildflowers in normally drier locations. Roadsides usually are mowed in late fall, so in November/December, focus on natural areas, preserves, and state and county parks. However, by late January or February, naturally moist areas on roadsides, especially in state and national forests and preserves, should be good sites to look for wildflowers.

Panhandle (through the end of November)

NOTE: State Road 65, Apalachicola National Forest — normally a great place to view native wildflowers and grasses nearly year-round — was mowed recently so there is much less to see for a while.

Dr. Jeff Norcini is a former University of Florida horticulture researcher and owner/principal of the consulting firm OecoHort LLC, based in Tallahassee.